Posted at 1st-Jul-2013 in Uncategorized | Leave a reply

Less than two weeks after Instagram’s release of their video app and Vine use is reported to have plummeted dramatically. But, is the app really that much better or does Instagram simply have a larger preexisting follower base? Either way, according to Marketing Land, Vine videos reportedly dropped from 3 million to just 900,000 in just 10 days.

When it comes to brand  marketing and bottom-line success, the surplus of companies have turned to Instagram video. This loyalty is not only because of the extending time allotment, but mainly because of the preexisting user base, and that is why I think Instagram is conquering the video scene. Simply put, people like to be liked! Furthermore, businesses need to be liked! In order for Vine to be equally as successful as Instagram they would need to have a following that could rival that of its’ competitors.

However, after doing my own research and talking to my friends and social media users I have found that Instagram video is not without its’ problems! The most common 2 problems that I’ve heard were the rate at which the video loaded and the fact that the videos were on the same screen as photos. I have had similar difficulties with loading videos, and I can see why people would want to be able to look at videos under a different tab. For example, if they added another option on the tool bar that allows individuals to check out their “video feed”.

What is your opinion? Either way it is clear that video marketing has become the next biggest fad when it comes to social media! 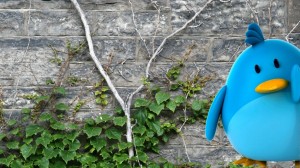