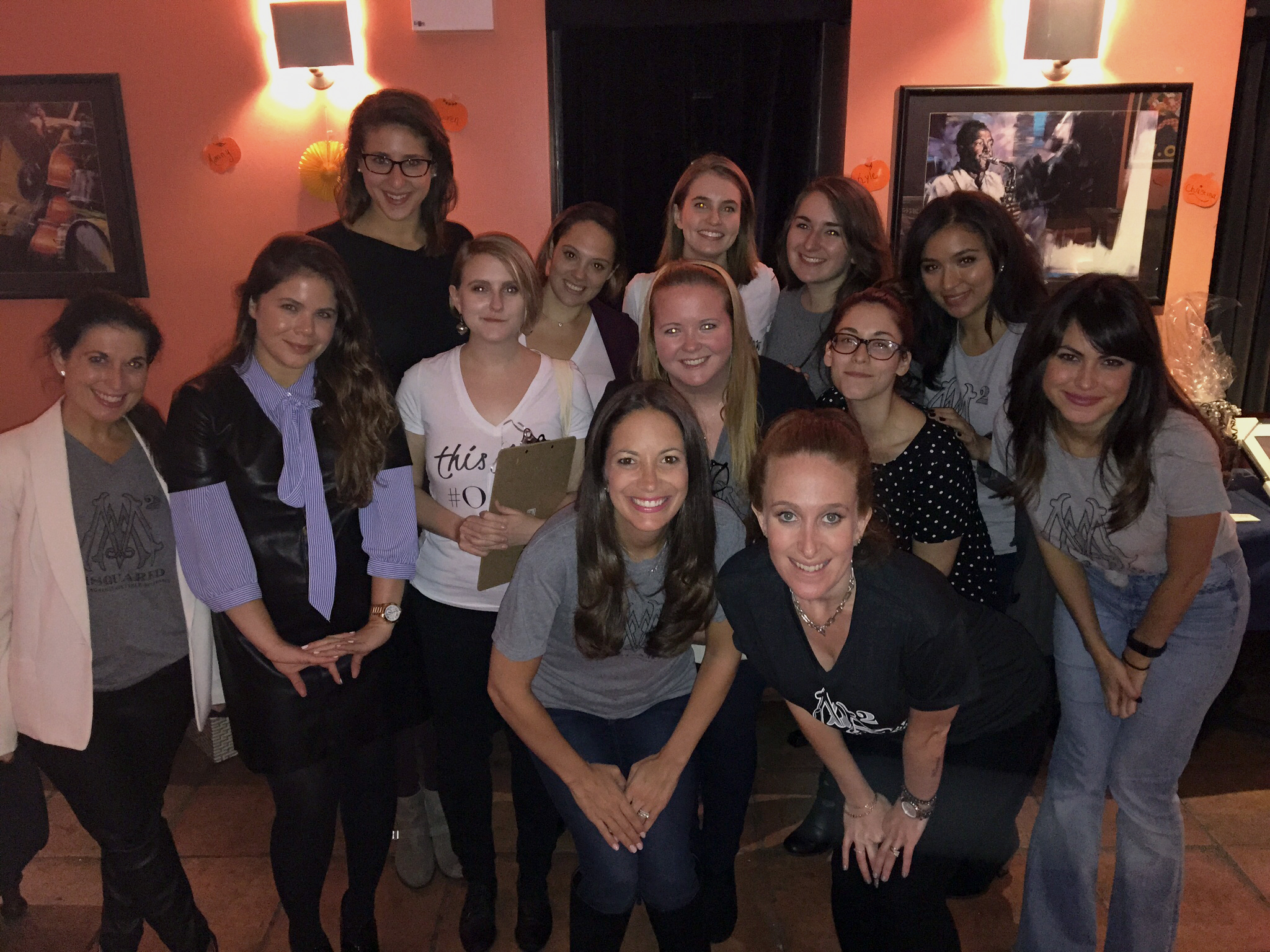 This week marked the fifth annual MSquared: Music Against Multiple Sclerosis event, and what a success it was! MSquared is an annual fundraiser hosted by Socialfly’s co-founder and CEO Stephanie Abrams Cartin and producer Marni Blake Rothman of TLC’s hit show Long Island Medium. All proceeds from the event go to the Tisch MS Research Center.

Despite the rain, there was a fantastic turnout at the event. Guests enjoyed dancing to live music, mingling with friends, bidding in a silent auction, and winning amazing raffle prizes. Contributions for the raffle prizes were generously donated by Treat House, Caviar Russe, Manhattan Moonshine, Skyn Iceland, and others.

Periscope influencer Jon Jacques attended and Periscoped the event. Half way through the night, Jacques got on stage and surprised Rothman, who is expecting, with a spa trip for a prenatal massage. He then announced he had one more surprise for her. He brought along a cameraman to MSquared, who was recording the presentation, and announced that they were recording the event to publish on Ellen Tube, a site associated with The Ellen DeGeneres Show. Toward the end of the night, it was time to announce the total funds raised from the event. Cartin and husband Greg donated one dollar for every “Wedding Selfie” taken at their October wedding using the hashtag #MagicCartinRide. They donated a total of $250, and Socialfly was pleased to match their donation. Between the ticket sales, raffle entries, and silent auction bids, MSquared raised over $8,000 for MS Research.

Thanks to James and Greg from Paparazzi Proposals for photographing the event.
Interested in donating, or attending next year’s event? Find out more about MSquared and the cause here.

Facebook Updates: What’s Changed and What’s to Come »
« Periscope vs. YouTube: Which Video Platform is Best for Your Brand?
Tagged: charity,Fundraiser,MS,MS Research,MSquared,Tisch MS