1. JoJo is a perfect unicorn whose heart has been smashed into a million pieces.

(Image via ABC)
This year’s Bachelorette, 24 year old Joelle (JoJo) Fletcher, first walked into our lives earlier this year as the runner up on Ben Higgins’ season of The Bachelor. Higgins will infamously go down as the first Bachelor to confess “I love you” to BOTH of his final contestants – leaving poor JoJo blindsided and heartbroken when he told her a full 24 hours later that he, “fell in love with someone else [Lauren Bushnell] more.” Needless to say, we are all rooting for JoJo to find love on The Bachelorette with a guy who only has eyes for her.

(Gif via Glamour.com)
Our favorite Bachelorette had an incredibly uncomfortable hometown date on Higgins’ season of The Bachelor – in which her brothers clearly disagreed with her going on the show and could find no reason to believe that her heart would not be broken. Unfortunately for her, their premonition turned out to be right, and fortunately for us, they’ll be back this season to wreak havoc on her final two suitors in the season finale.

3. JoJo’s mom embodies the essence of a Bachelorette fan.

(Gif via Elle.com)
Make sure you have this gif handy whenever JoJo’s mother, Soraya Fletcher, makes an appearance because the Twitter-verse is sure to be crawling with comments about the woman who famously drank straight from a bottle of wine during her daughter’s hometown date last season. 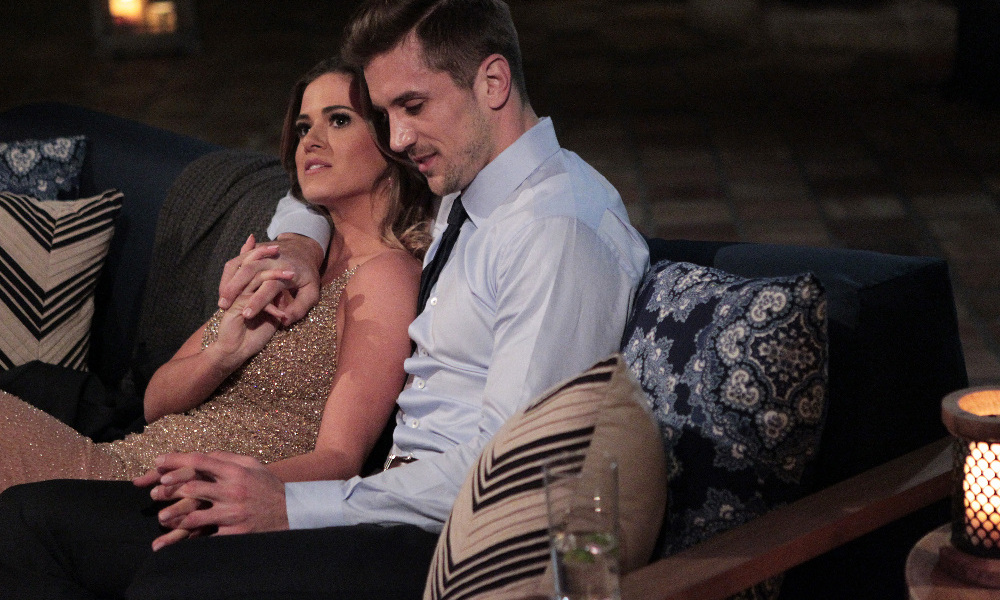 (Image via USATODAY.com)
That’s right, Aaron Rodgers’ little brother Jordan Rodgers, who also used to play in the NFL, is one of the 26 eligible men on the quest for JoJo’s heart. He’s also the lucky recipient of the first impression rose, an early indicator of the Bachelorette’s most instant connection. In the past this rose has determined the winner (Kaitlyn + Shawn, anyone?), but has also been completely off-base (remember when Ben left Olivia on that island all alone?) Also important to note is that Rodgers’ ex-girlfriend publicly shamed him on Instagram the day of the premiere for cheating on her in the past. Hmmm, how will this play out?

5. Approximately 90% of this season’s contestants have beards.

(Gif via giphy.com)
Okay, maybe not 90% of them, but a very good portion of the men fighting for JoJo’s attention have scruff and/or a beard. Which, for one thing, makes one wonder if “facial hair” was a requirement during casting calls and for another, makes it very difficult to tell most of these guys apart. Just look at Chad and Chase – their names are almost exactly the same, they both have beards, and the same hair color and cut. Be sure to keep the Bachelorette cast roster close by while live tweeting so as to not confuse the two.

6. Using the right #hashtags will make sure your tweet is seen by more than just your mom.

(Gif via giphy.com)
When watching The Bachelorette, make sure to follow and use both “#TheBachelorette” and “#BachelorNation” on Twitter. ABC tends to use #BachelorNation, while #TheBachelorette will certainly be trending every Monday night. Sometimes they’ll even share fan tweets on live shows including the “Men Tell All” and “After the Final Rose” episodes of the series. Maybe you’ll be lucky enough to see your tweet on live TV! We’ll be joining the conversation from @Socialfly during the finale on July 27, so be sure to tweet at us!

7. One glass of red wine is the equivalent to one hour at the gym.

(Gif via giphy.com)
You no longer need a reason to justify drinking wine while watching The Bachelorette because science has given you one. A recent study proved that one glass of red wine is equivalent to one hour at the gym, and thankfully the jury’s still out on what counts as “one glass.” So skip the Monday night work out, and make sure you’re home by 8 PM EST every week to tweet, drink a glass of pinot, and watch our girl JoJo fall in love.