April Fool’s Day: A Lesson in Joke-Telling from Your Favorite Brands

Posted at 2nd-Apr-2018 in Uncategorized | Leave a reply 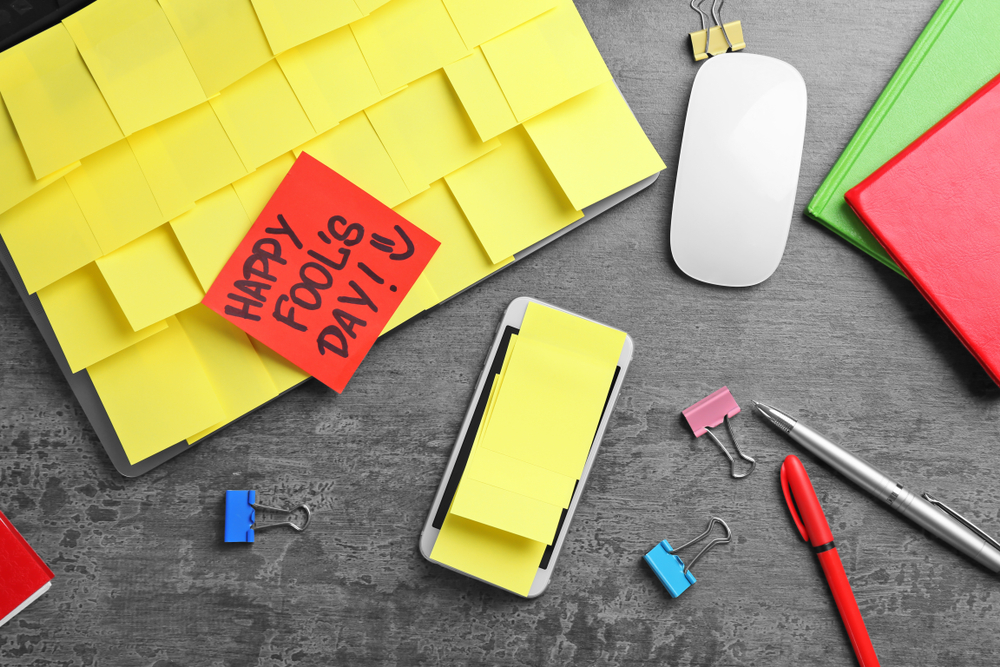 It’s a day when copywriters get to flex their muscle and the gullible get got.

There’s a fine line between being funny, and being cheesy. But sometimes, the cheesiest, dad-joke humor can get the most laughs.

Let’s take a look at what some notable brands created in an attempt to strike the funny bone.

Sweet tooth? BK has you covered.

This one is straight from every chocolate lover’s dreams.

Seth Rogen no longer owns his own brain or his body for that matter.

Netflix announced their acquisition of the comedian in a video on Twitter for April Fool’s Day.

He relinquishes a lot of his rights and even gives Netflix the right to frame him for murder and make a docuseries about it.

“I should’ve read this before I signed it,” yes Seth, you most definitely should have.

You’re walking down the street and out of nowhere, a person with their head buried in their phone slams into you sending coffee flying everywhere.

It’s an all too familiar tale. And, if it was Starbucks in that cup, an all too expensive tale.

However, relief is on the way. Honda recently announced their new “Sixth Sense” system which sends alerts to your phone when you’re nearing an object.

Keep that head buried deep in Instagram folks! There’s not a world out there to see or anything. 😉

It’s in your genes. No, really.

Have you ever left the car dealership wondering if you really made the right purchase?

Did you get swindled by a savvy salesman? Did you get nervous and prematurely pull the trigger?

Worries be gone! With Lexus’s new “Genetic Select,” the luxury car brand matches you to your new car through science.

You know what everybody says, “The best jokes come from Silicon Valley.”

But, the crew at Tesla came up with a real knee-slapper this weekend announcing bankruptcy. The news was especially tough for Elon Musk who ended the day surrounded by Teslaquilla bottles with dried tears still on his cheeks.

There are many chapters of bankruptcy and, as critics so rightly pointed out, Tesla has them *all*, including Chapter 14 and a half (the worst one).

Ts and Ps for Elon.

Did we miss something?

Let us know what April Fool’s Day jokes made you, “LOL.”