Countdown to the Royal Baby!

As soon as I woke up this morning, my news feed, inbox, and twitter account were stormed with news and rumors about the royal baby to be. What will the baby look like? Will it be a girl or a boy? Could it be twins?!? All of these speculations and more, some ridiculous and some realistic and swirling around the social media atmosphere anxiously awaiting to be confirmed or denied!

If you are in dyer need to be the first to know, the Itunes store has just recently release the Royal Baby App. The app, released this past Friday, promised to supply the latest news and the first pictures of the future heir to the thrown. Furthermore, the app states that it will share with its’ users the baby’s first steps, public appearance, and and royal visits!

For those of you who are permanently connected to your Twitter account, search “Royal Baby Watch” for news and tweets as they are released from a multitude of sources! 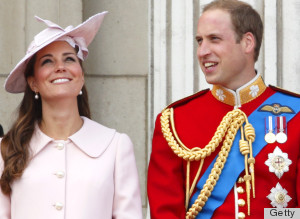 What are your predictions?? What will the Royal Baby look like?!