Dreams Do Come True: You Can Now Facebook Message the Pope 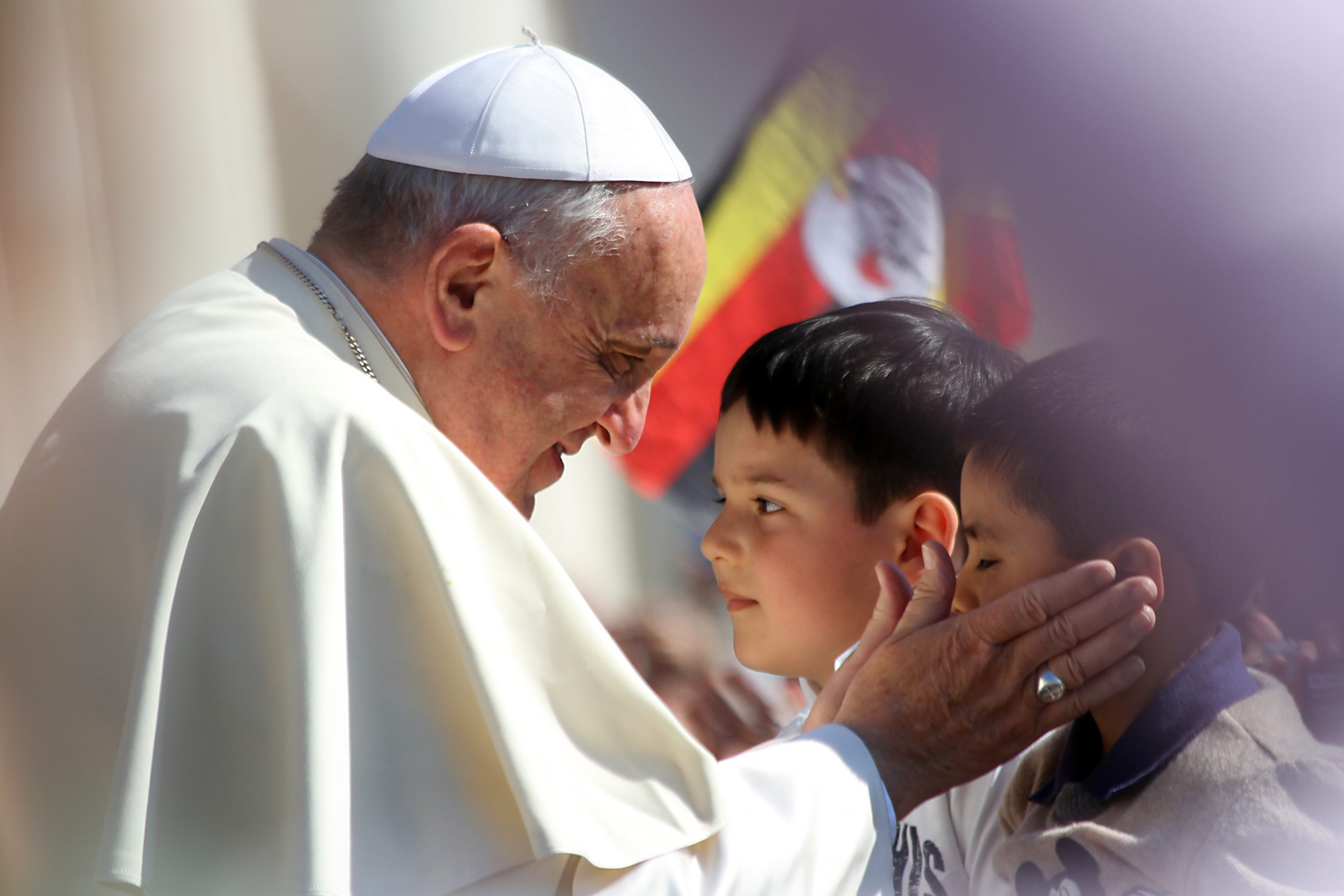 Header Image via Shutterstock
I’ve never been big into Facebook’s messenger service, partially because most of the conversations you have on Messenger are simple conversations you can have through text… and you won’t even have to check into your browser to receive them. We’ve seen Facebook change its reasoning behind this service by adding new features into Messenger, which they now advertise as a “stand-alone” app within Facebook.

However, Facebook is beginning to integrate additional features that can incentivize Messenger use for the masses. One of the best features, in my honest opinion? Facebook chat bots. Industry leaders like Elon Musk, and celebrities like Justin Bieber and Selena Gomez have their very own chat bots, featuring scripted conversations to their fans (Medium). And new to the scene of chat bots is the one and only Pope Francis: 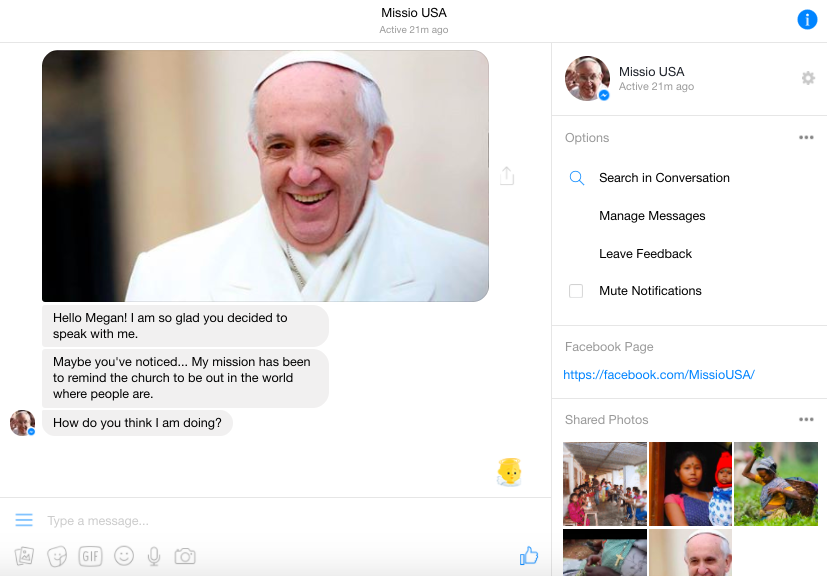 So, what’s it like speaking to the Pope? Not very different than speaking to any other chat bot. Within the Messenger service, you are introduced to Pope Francis before he takes you through a story of his mission to provide support, schooling, food, and clothing to indigenous groups. At the end of the chat, he leaves you with a call-to-action to donate to Missio, a charity and mission group launched by the Pope himself in 2013.

“Missiobot,” as the Pope’s chat bot is called, also asks if “he” can stay in touch at the end of the chat, which will likely result in additional messages when the Pope deems he wants to raise awareness for an additional cause (Digital Trends). The bot-of-the-future is actually extremely helpful in this respect – once a user engages, it is very likely that they will engage in a recurring manner.

Many brands have also used chat bots as part of larger campaigns. Disney used a chat bot prior to the premiere of Zootopia, in which movie-goers were able to converse with the movie’s main character, Judy Hopps, and aid her in solving a case. In addition, publications such as CNN and NBC integrate chat bots through Slack to inform their users of news (Top Bots).

How do you feel about chat bots? Are you likely to use them for your next brand campaign? Tweet us @socialfly and let us know!