How Social Media Brings Us Closer to Public Figures

Posted at 5th-May-2016 in Uncategorized | Leave a reply

Can you remember the last time you went a day without hearing about what Donald Trump was up to? Me neither. In the day and age of social sharing, we are closer to public figures than ever before. The 2016 election will be the most social media-active presidential race in history – allowing us to connect to candidates with a simple like, love, or follow.

Politicians use social media both to share their stances on political issues and to connect with their constituents on a personal level. By connecting with supporters (and naysayers) through social platforms, they are able to show a side of themselves that would otherwise be unattainable. Social media is the one place where a politician can control the way they are being portrayed to the public eye without having to go through the filter of the news media. According to Social Media Today, 69% of registered voters use social media. This gives Presidential candidates the opportunity to both market themselves to potential voters via their favorite social apps and use social listening to better understand the issues the public cares about. The presidential election of 2008 marked the first race with a “social media campaign” in U.S. history. In that election, President Obama’s social media success was also reflected in the outcome of the general election – boasting 280% more supporters on Facebook and Myspace than John McCain.

For the 2016 Presidential election, we have seen full social media campaigns from all potential candidates well before the individual party nominations have even been decided. Hillary Clinton, Bernie Sanders, Donald Trump, and Ted Cruz have all maintained active social media profiles and used their accounts to connect with existing supporters and educate voters who have yet to decide who they will support in both the primary and general elections. Bernie Sanders’ campaign even paid for a personalized geo-filter on Snapchat the day of the New York primary. 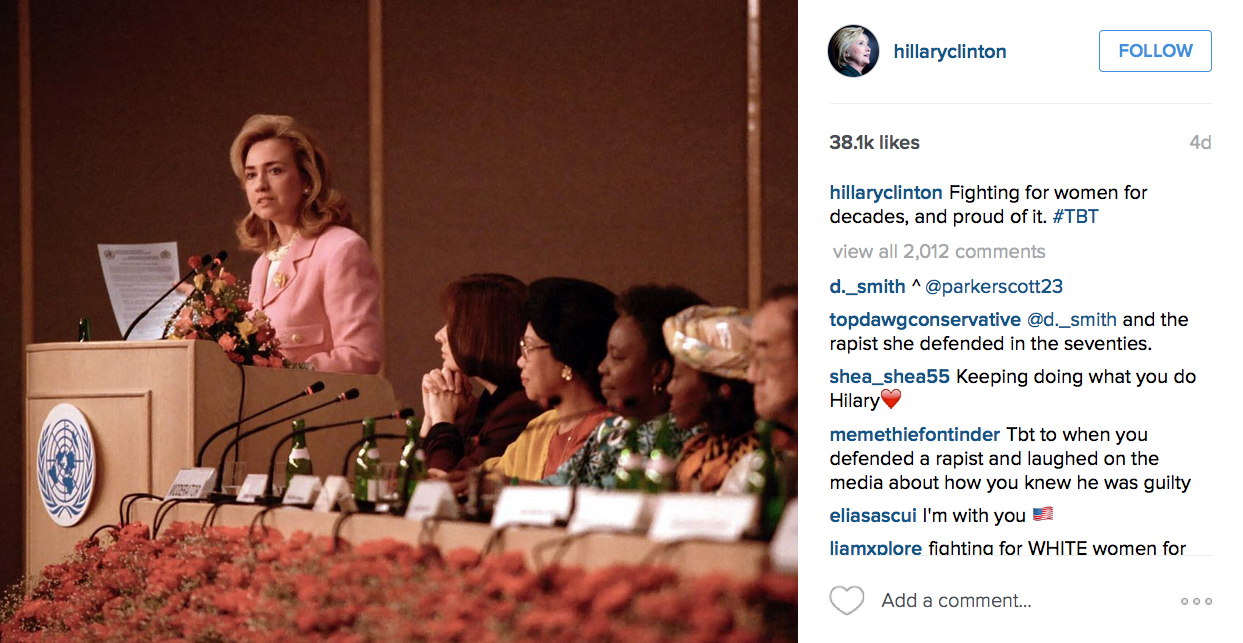 Voters also turn to social media to share their opinions on political issues that matter to them. Social platforms give everyone the ability to make their voice heard before they make their vote count. This also benefits candidates by allowing them to analyze the feedback they’re receiving on debate performance and stances on public policy and social issues.

Ultimately, social media gives all politicians and public figures the opportunity to reach out to the public on platforms that make them feel more relatable. In turn, the public feels that they are actually getting to know these figures beyond what they hear, see, and read in the media. How do you connect with public figures on social media? Who is your favorite presidential candidate to like, love, and follow?