Is Paying Influencers to Stream via Facebook Live Worth It? 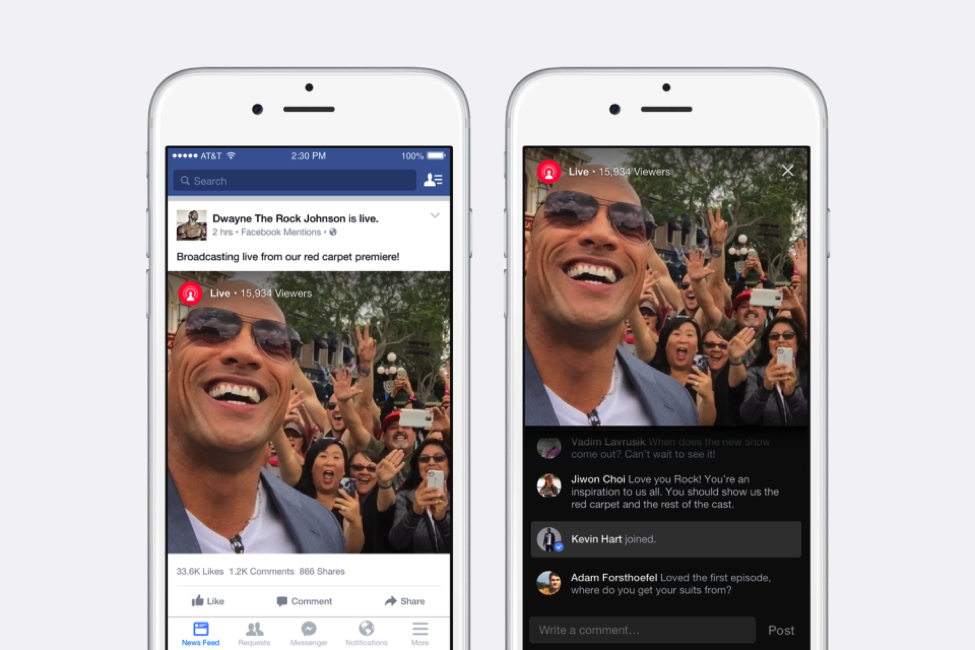 Recently, Facebook announced that it would be paying well-known influencers over $50 million to create content for Facebook Live. While this was an incredibly smart decision made by Facebook, one has to wonder what some of the positives and negatives of this new deal are.

One thing to note is that now, celebrities and publishers will be able to expand their fan base. Through Facebook Live, content creators will gain a bigger and possibly broader audience through creative video ideas and segments. Some ideas that have gained attention in the past are Q and As, mini talk shows, and tours or behind the scenes looks at filming locations. Additionally, these users will be able to draw in viewers through their social media pages. Plugging Facebook Live streams on Facebook, Twitter, and Instagram will help garner interest and user views. The connection between the viewer and the creator is also something very important that can be captured. Creators can actually communicate with their fans to get a sense of who they are and how they think, while viewers can feel that they are actually in the conversation with other fans and the influencer who they are watching.

However, the large increase of Facebook Live users may begin to have a blurring effect if celebrities are unable to capture their audience’s attention quickly. Perhaps one of the most important things content creators must do is understand their audience and what they are interested in. These creators must be able to think of new ideas that compliment, and in some cases, surpass the typical Q-and-A-type live stream videos. Furthermore, these creators must also change up their schedules sporadically if they find that their content is starting to feel too formulaic or is similar to content created by competitors. A spike in content from various celebrity creators may also cause a larger volume of competition that many may not expect to face. Studying competitor patterns such as types of live streams and release dates will be vital for creators in order to stand out among the many other content creators.

Keeping all of this in mind, it is important to ask: Will these live streams be effective? The answer depends on the influencer. If a content creator is willing to understand their audience, communicate with them, and continue to come up with creative, thoughtful ideas, then their live stream will have positive results. Despite there being a lot of competition when it comes to producing content, it is important to remember that the most successful influencers are successful because they do their research and take advantage of the outlet. It seems that the only way a Facebook Live stream could fail or become lost in the excess of other streams is if the user fails to figure out their audience, fails to reach out to them, and fails to take chances with new and original ideas.