2016 has seen a rise in influencer marketing, a form of marketing using key leaders to help drive a brand’s message to large audiences, rather than marketing directly to a targeted group of consumers. Influencers are labeled as such because they have sway over the purchasing habits of others.

Influencer marketing is the new celebrity endorsement, and brands are paying big bucks to get their products in front of the masses. Exactly how much, you ask? A quick search of the top paid influencers on Thuzio, a popular influencer database, will show their current estimated costs, although these prices may vary depending on the product or brand partnership. 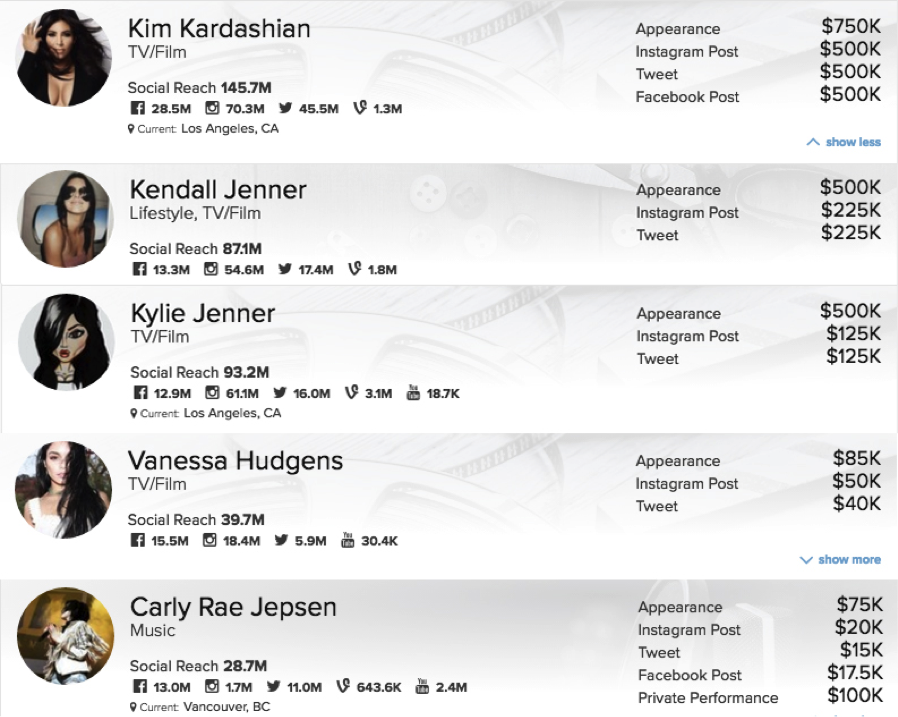 For brands that may not be willing to shell out Kim Kardashian sized bucks, micro influencers may be an effective alternative option. A micro-influencer is generally someone who has a following between 1,000 – 100,000 people, is not a celebrity, and has spent their time building a loyal community of followers who regularly engage with them.

These micro-influencers can help give brand sponsorships a more authentic feel, because when it comes down to it, people are more likely to trust a recommendation from a friend than, say, Kim Kardashian.

Micro-influencers are not only easier on your budget, but they may also get you much higher engagement levels from your target audience! Influencer agency Markerly recently conducted a survey of 2 million social media influencers which found that for unpaid posts, Instagram influencers with less than 1,000 followers generally see a like rate of about 8%, whereas those with 1,000 – 10,000 followers have a like rate of 4% percent.

Even more interestingly, as the follower base continues to increase, the like rate decreases. On Instagram, Influencers with 10,000 – 100,000 followers see a 2.4% like rate compared to just 1.6% for those who have over 1 million followers. The rate of comments follows a similar pattern. 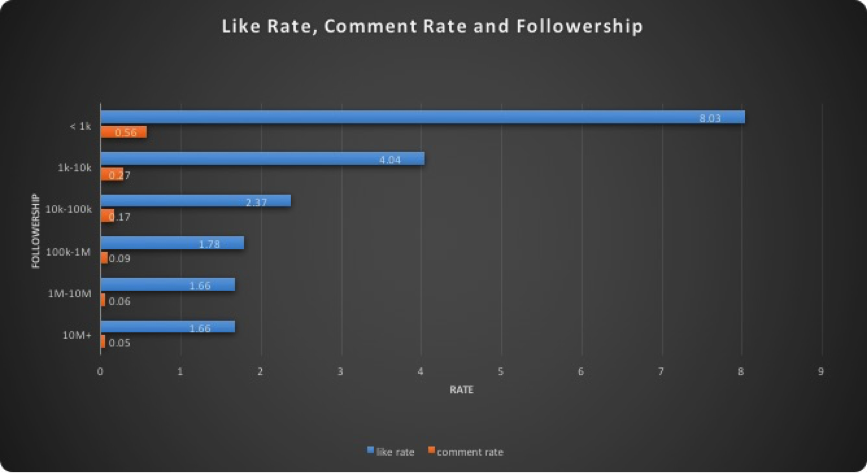 These findings by Markerly apply to sponsored Instagram posts as well, which suggests that the optimal influencer for maximum cut through has a following between 10,000 to 100,000.

With an increase in the number of brands allocating bigger bucks towards influencer programs, we imagine there will be an increase not only in the number of influencers being utilized in marketing strategies, but also the amount these influencers (and their respective agencies) are charging. So now may be the ideal time to start looking at smaller influencers to help get your brand’s message across to your target market.

There’s no doubt that the right influencer marketing strategy can be an effective way to increase brand awareness or help sell products, so the only question now is what type of influencer brands should be going after. What do you think? Should brands being spending more money on one big influencer, or working towards hiring a crew of micro-influencers?