Dominick Pupa and our very own Socialfly Creative Director, Greg Cartin , brought the vibrant crowd at Session 73 to laughter while the band Men or Myth kept everyone light on their feet. In between performances, participants of the raffle were named winners to the many gifts baskets and prizes. Contributions were so graciously provided by Skyn ICELAND, NEST Fragrances, Grae Therapy and many more. There were also other prizes aside from gift baskets, like Broadway and NY Rangers tickets as well as two necklaces from Dana Schwartz.

MSquared was started by Marni Blake Rothman in 2010 after she became immobilized due to a herniated disc unrelated to MS. Her biggest setback from all of this wasn’t the pain or physical therapy, but rather not being able to participate in any of her usual MS fundraisers like the MS Walk and MS Bike Ride. Being an avid concert goer Rothman came up with the amazing idea to use music to help raise money and awareness for this disease.

The dynamic duo, made up of Rothman and Abrams came about in 2014 when Abrams reached out to Rothman as another young woman who could relate to be diagnosed with this disease. The two hit it off and the rest has been successful fundraising history. Abrams was diagnosed with Multiple Sclerosis in 2011 and is on the National MS Society Committee.

This year was an extraordinary event for the MSquared team because they raised more money than they ever have in the past three years, reaching a total over $10,000! All of the proceeds from that night went to the National MS Society and the Tisch MS Research Center.

Thank you to everyone that came out to join us raise money and awareness for a disease without a cure! Check out some of the fun photos from the night! 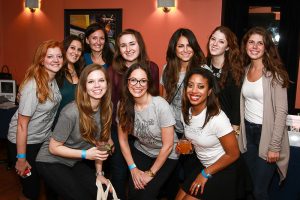 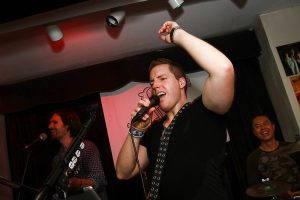 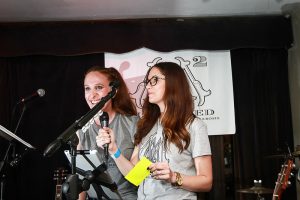 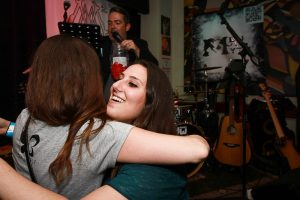 Social Media Survival Guide: How To Get Through Your New Breakup »
« JARS by Dani
Tagged: charity,Greg Cartin Comedy,Men or Myth,MS,MSquared,multiple sclerosis,music,non-profit,socialfly