One Love Manchester Concert Raised Spirits and Millions for Victims 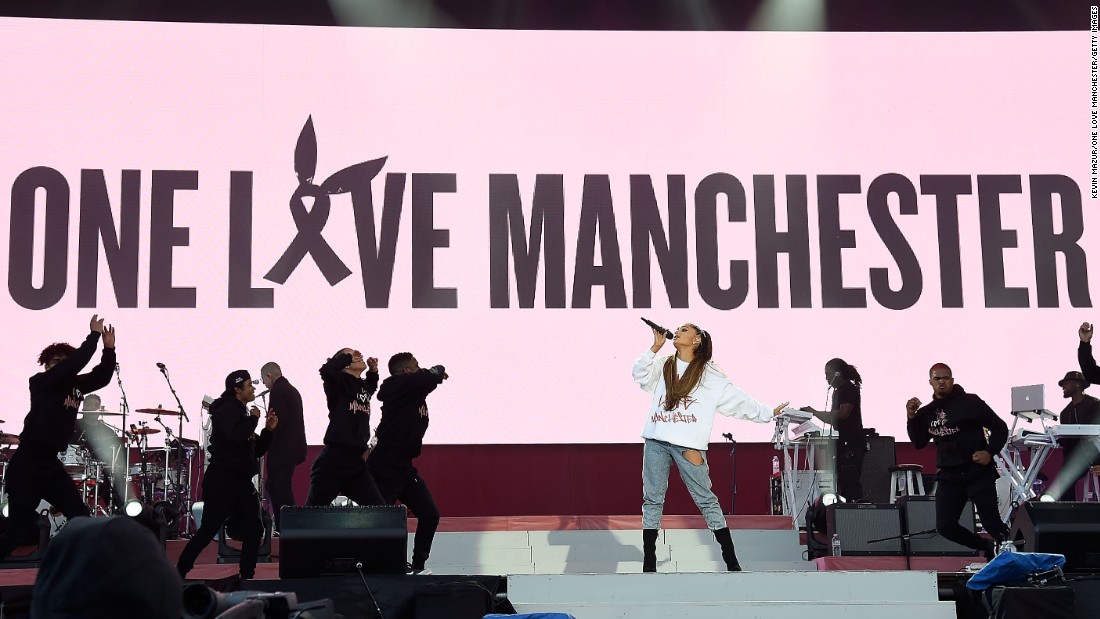 There is a restorative power in music that explains love in a stronger way than words and unites us in times of need. With such hateful things happening in the world such as the Manchester bombing and other heinous acts, it would be easy for the world to shut off and hide away in fear. Dangerous Woman, Ariana Grande was not one to remain silent and took this as an opportunity to demonstrate the healing power of love and music.

A miraculous aspect of the social world we live in is how quickly news spreads. When I heard about the Manchester attacks, I immediately took to Twitter to search for more to find thousands of pictures and real-time updates of the bombing from Dangerous Woman Tour concert goers.

On May 22, Grande made her first statement to her 46.9 million followers receiving millions of retweets and likes in support of the pop star. 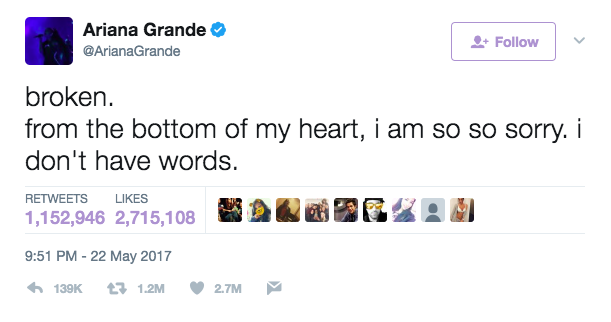 After spending a few days with her family back in the United States, Grande took to Twitter to release a heartfelt statement on May 26. 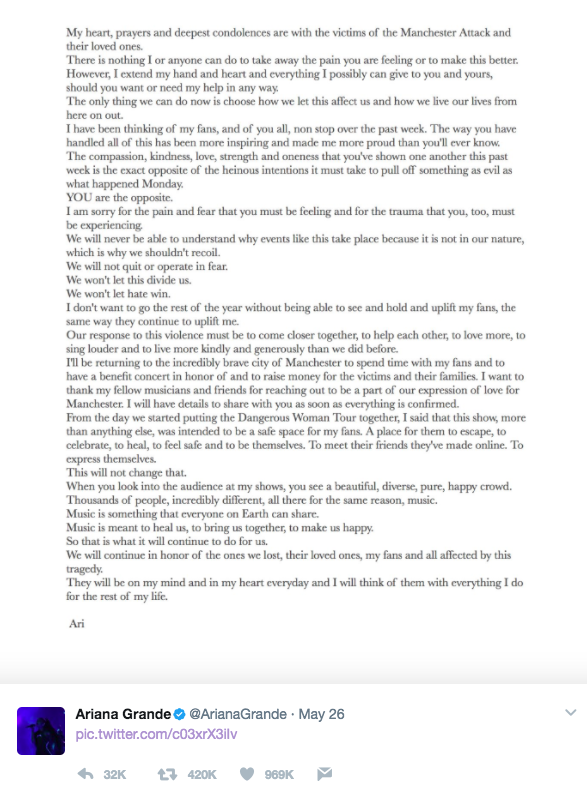 Knowing she needed to do something, Grande spoke to her manager, Scooter Braun and the two decided that the best way to heal the city was to get back to Manchester and perform.

Almost two weeks after the bombing outside of her concert, the superstar bravely returned to the city, this time bringing together some of her chart-topping friends including Miley Cyrus, Justin Beiber, The Black Eyed Peas and Katy Perry to name a few for a benefit concert. Filled with guest appearances, and beautiful speeches, Ariana’s famous friends from around the world, expressed how thankful they are for her bravery, and how proud they are of Manchester for coming to the event despite another attack on the London Bridge the previous night.

One Love Manchester raised 13 million dollars for the families of those affected by the terror attack and raised spirits around the world. The concert was live-streamed on Twitter and broadcasted on BBC in England and Freeform in the United States, so viewers around the world could pay proper respect to those affected and watch their favorite artists show their support.

The entire concert was recorded and put on Spotify for the world to hear including Grande’s tearful rendition of Somewhere Over The Rainbow (Live from Manchester) available on the music streaming platform as a charity single. 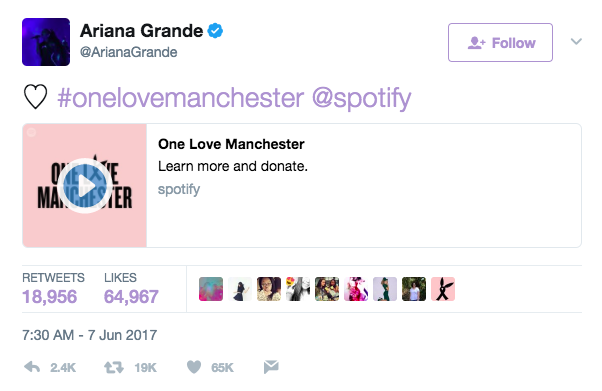 The tremendous amount of support for the event comes not only from celebrity friends but also other businesses looking to lend a helping hand in a time of need including Uber UK tweeting that they would be matching fares to and from the event. 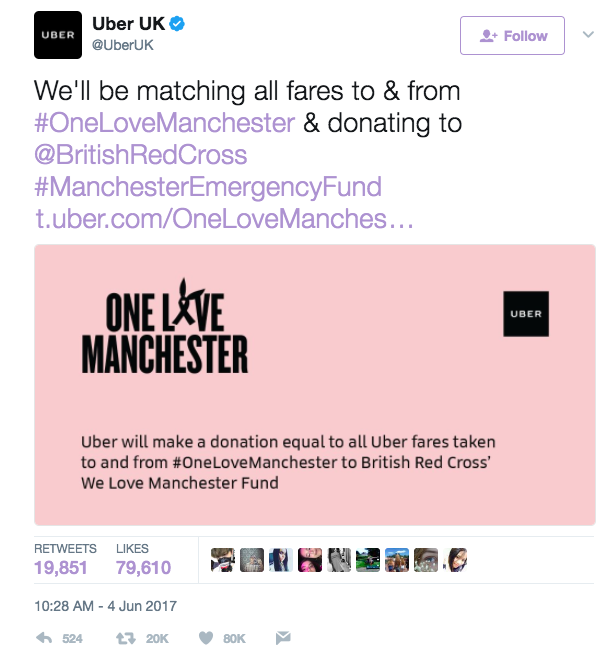 Without the power of social media, the event, which came together in a few short days, would not have had the support, publicity, or raised funds that it did making it the most-watched TV event of 2017.

Pop music fan or not, we must applaud the positive and inspiring reaction to such a terrible attack. Music is meant to bring people together, and Ariana Grande proved to the world that nothing could silence love.

If you are interested in donating to the families of those killed and injured in the Manchester Area attack, you can do so HERE.