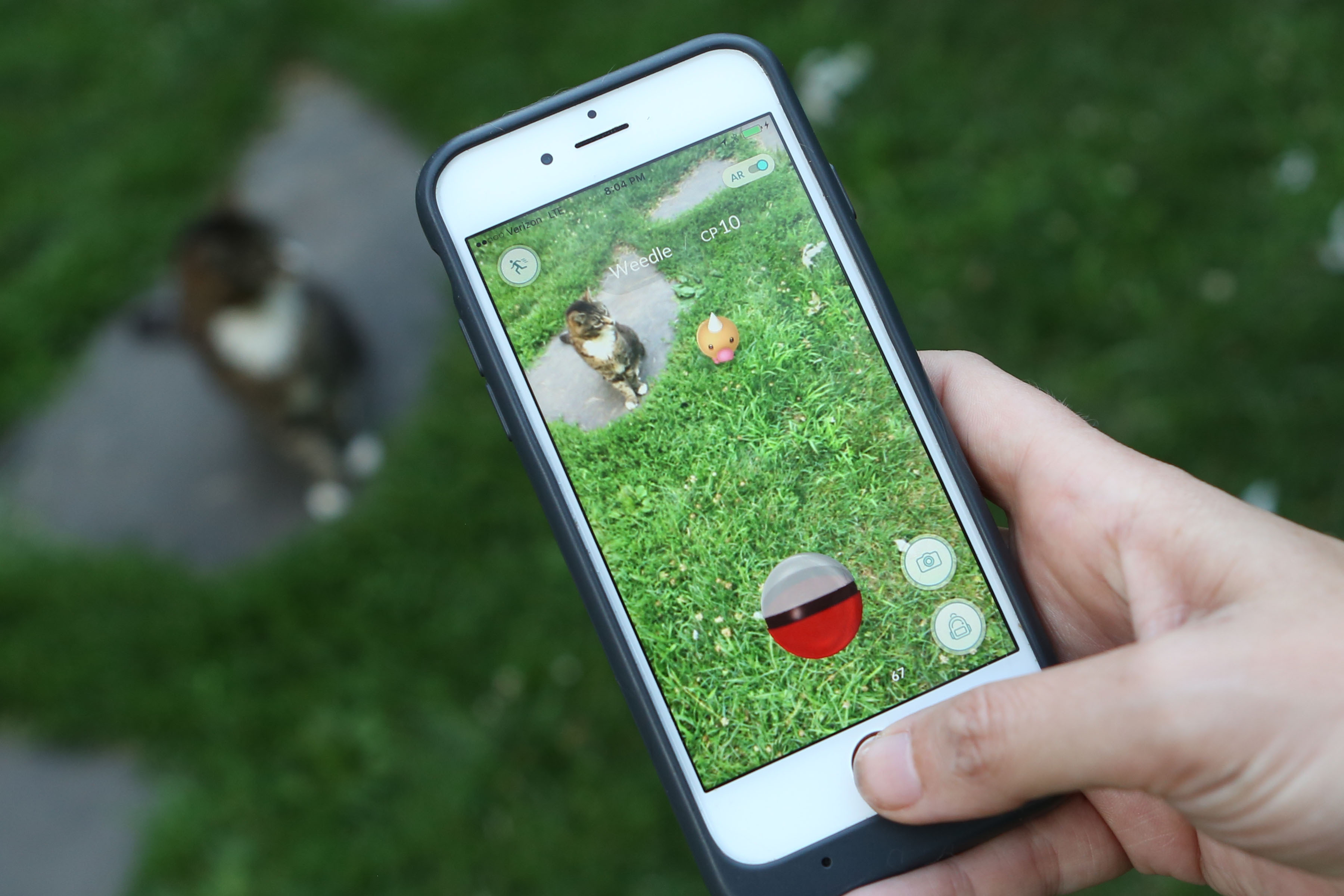 BREAKING NEWS: Grown adults across the nation are cutting work (not at Socialfly, obviously) and shirking their life responsibilities to hunt and capture… digital Pokémon. Okay, so this isn’t breaking news because quite frankly it’s all I’ve heard about everywhere lately, from news headlines to my fellow passengers on the L train. And it’s not quite so dramatic. But still, Pokémon GO is set to take over the world any day now.

And while the naysayers (like, myself) are quick to point out the downfalls of this app (seen here or here), we can’t deny the social good that has come from it. People are already heralding the huge spike in exercising as benefiting users’ physical and mental health!

And Hillary Clinton’s camp has wasted no time with this new craze, either. Her campaign team quickly pioneered the Pokémon GO movement into a voter registration strategy to target millennial voters. Ohio campaign volunteers saw the opportunity and began setting up registration stations at Pokéstops, where players can get items like Pokéballs, and Gyms, where they train and fight their Pokémon. This allows the volunteers to come to to potential voters instead of the other way around. This is crucial to Clinton’s campaign during a time when she’s trying to gain the allegiance of Bernie Sanders’ supporters after his official announcement supporting her.

It’s interesting to note that this isn’t the first the time that Clinton’s camp has harnessed the powers of social media to reach millennials. Last week, her team created a Snapchat filter during a Donald Trump rally that read “Donald Trump: Making China Great Again.” And, while Trump Tower has been a playground for Pokémon GO players, the Republican presidential candidate said he wish he had time to play it. Touché, Trump.

In addition to playing a part in the zoo that is also known as the 2016 presidential election, Pokémon GO is contributing to the plights of animal rescues. In particular, an animal shelter in Muncie, IN saw an opportunity to take advantage of this craze that is leading teenagers and adults alike to walk aimlessly around neighborhoods. They posted on their Facebook page inviting local users to walk adoptable dogs while hunting for Pokémon and hatching eggs. Two birds, one stone. The Facebook post quickly went viral and hopefully has inspired the likes of dog shelters across the country.

Lastly, Charity Miles, a non-profit organization that encourages people to log their movement (whether it’s walking, running, biking, or dancing) and earn money for charity while doing so, has put its hat into the Pokémon GO ring. They initiated a Pokémon GO Challenge, urging users to download their app, choose a charity and start logging steps while searching for the ever elusive Mew. For every mile walked or ran, users earns 25 cents for their charity, and for every mile biked, they earn 10 cents.

So, Pokémon GO enthusiasts, with the news that you can change the world one step and capture at a time, I encourage you to go henceforth and Pokémon (is that a verb, yet?) with a passion.