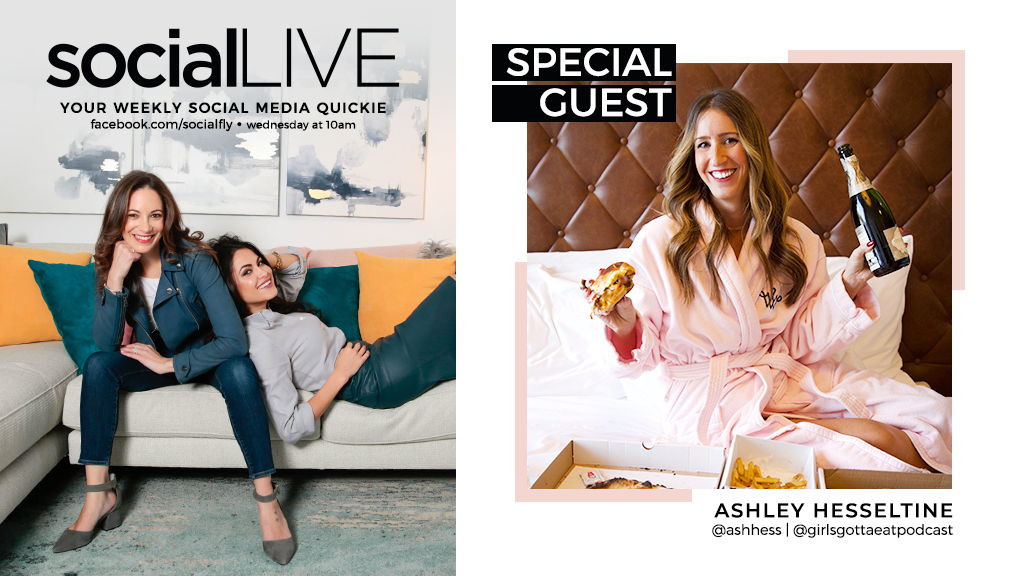 Have you listened to the Girls Gotta Eat podcast? Comedian and co-host, Ashley Hesseltine joins us on #SocialLIVE to give us her unfiltered view on the success of the hilarious and uncensored podcast.

In #socialmedia news, Courtney and Jules discuss some of this week’s major announcements from your favorite platforms:

Watch the full video on Facebook for more of the latest social updates!