Snapchat knows how to keep up with the times. In the photo messaging app’s battle with Instagram stories, Shapchat stepped up their game by rolling out two new features. One of the two additions, Multi-Snap, now allows users to take continuous ten-second videos for up to 60 seconds. Snapchat aficionados can now edit and delete their ten-second clips, which appear at the bottom of the app. The feature ensures users the ability to curate their social media content, a capability that was previously unavailable on Snapchat. This original feature will help increase social media engagement for influencers who are active on Snapchat.

The second of the added features is the Tint Brush which boasts color changing abilities. With the Tint Brush, Snapchat users will have the option to alter the color of an item instantly by highlighting the item in their photo or video, outlining the object and choosing their desired color, seen in the demonstration below. This feature is ideal for times where the user feels a color does not match or just isn’t working. For an influencer marketing network, this feature will help them gear content more toward their target audience. 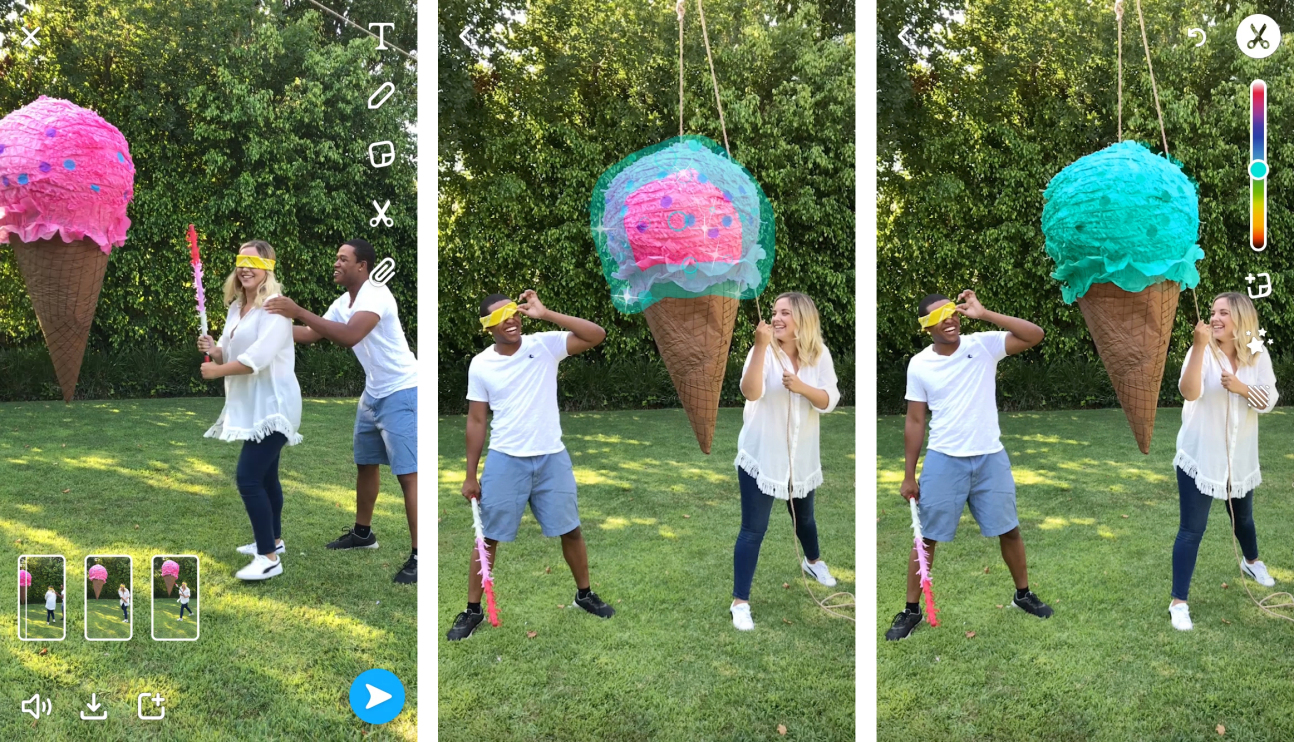 Snap Inc. continues to put up roadblocks for its biggest competitor, Instagram. The ongoing battle between the two challenges the other to step up their game and forces users to pick a side. The addition of Multi-Snap lets users post with intent, resulting in more optimized social media content and in the world of social media advertising, it is crucial to ensure content is reaching your target audience effectively. Here at Socialfly, we are eager to see how both users and influencers alike will use the new features to control their content better.
Amazon Sparks Consumer Conversation With New feature  »
« How To Choose The Right Social Media Influencer
Tagged: influencer agency nyc,influencer marketing nyc,social media agency,social media agency nyc