It’s no secret that Twitter has been attempting to claw its way out of impending social media irrelevance. The platform’s stock has fallen more than 20% this year, and Monthly Active Users (MAUs) have barely been growing since Q4 of last year, according to CNBC. Twitter attributes its disappointing year to the fault of brand marketers who “did not increase spend as quickly as expected.” In attempts to solve this problem, they have just launched a new standalone analytics app called Twitter Engage to help influential Twitter users maximize their experience on the platform.

The app is especially useful for celebs and marketers because it doesn’t have a timeline and, instead, specializes in content optimization, fan interaction, and audience retention. If you’re thinking this sounds familiar, that’s because Twitter shoplifted the idea from Facebook. The platform recently released the Facebook Mentions app, which is also geared towards public figures.

The release of Engage coincides with Twitter’s announcement that users can now post 140-second-long videos (the same number as the site’s character limit, if you didn’t catch that one).

What Engage can do: 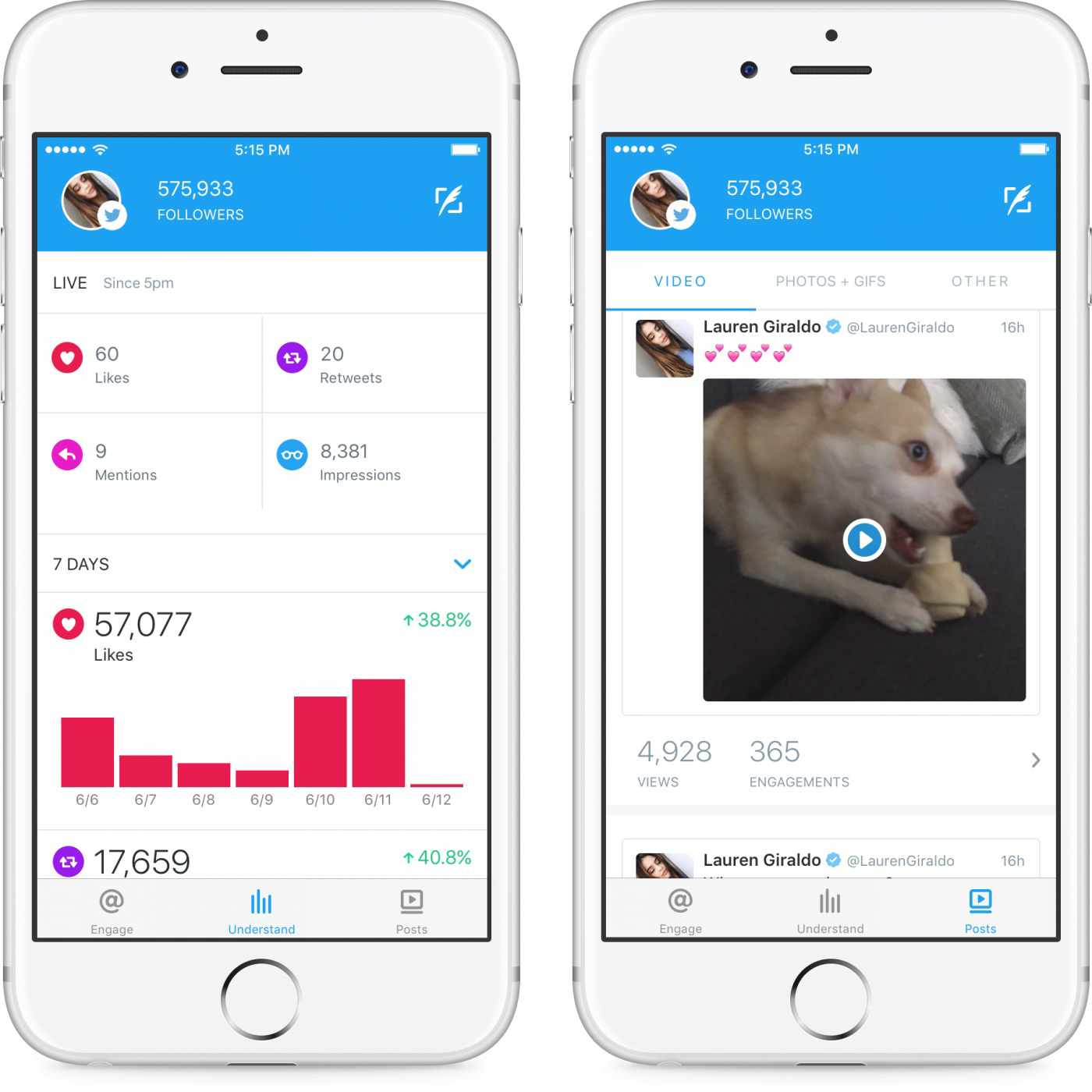 The concept sounds useful to me, but I also work in marketing and therefore appreciate any new technology that aids in monitoring my clients’ accounts. With this update, Twitter is clearly attempting to increase user activity on their platform in order to position themselves better in the social space. However, they are marketing the app as if they are only making platform updates for the benefit of brands and influencers. If Engage finds success, it will be a win win for the company and its influential users alike.

Unlike the company’s attempts at regaining popularity by creating “Moments,” the like button, the 140ish character limit, and the algorithmic timeline, hopefully this app will give the company the boost they need to gain some traction on its more popular neighbors, Facebook and Instagram.

The Engage App is currently only available for iOS users in the US.