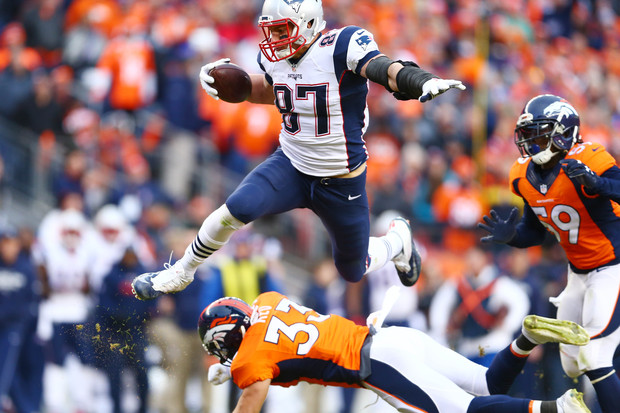 Twitter’s stagnant growth has clearly lit a fire under the social platform to attract new users and more engagement. With this goal in mind, pursuing video seems like the natural next step given Twitter’s recent acquisition of Periscope and with video content currently dominating the social media game. Which brings us to social media’s hottest new couple – the National Football League + Twitter.

NFL Commissioner Roger Goodell announced the new relationship (with a tweet, of course) indicating that underdog platform Twitter beat out big video-streaming names like Amazon, Verizon, and Facebook in the deal. Reportedly, Twitter’s bid was significantly less than its competitors, who are all more well-established in the video streaming market. “Twitter is where live events unfold and is the right partner for the NFL,” said Goodell in NFL’s official statement.

This fall Thursday Night Football will be streamed live @twitter so fans will see more of this. https://t.co/s6tbr9FjvY

The deal gives Twitter the rights to live stream 10 Thursday Night Football games for free and without user log-in. Cue applause from avid football fans that don’t have access to a TV and/or cable. The games will still be broadcast on CBS and NBC, who collectively pay $450 million annually for their contracts with the NFL.

As with any contract, there are stipulations. Twitter must air CBS and NBC’s ads and will only be able to sell the ad spots reserved for local affiliates. Their accordance with this might have been a motivating factor for the NFL in choosing the company with a lower bid. It might have also helped that Twitter’s CFO Anthony Noto was former CFO of ― you guessed it ― the NFL.

As Twitter’s reports of growth and usage have been dismal, and its younger social media siblings like Snapchat seem to be stealing all of the thunder, Twitter has remained steadfast in live tweeting events and games. “People watch NFL games with Twitter today. Now they’ll be able to watch right on Twitter Thursday nights,” said Twitter CEO Jack Dorsey in his statement.

The success of this costly collaboration hinges on a few factors, including Twitter’s ability to master the art of live video streaming. Facebook, which recently launched new additions to Facebook Live, celebrated their announcement via a live broadcast from Facebook CEO Mark Zuckerberg. The live video froze and was ultimately turned off and deleted before being resumed at a later time. It was a huge technological faux-pas for the company amongst its major cheerleading of Facebook Live’s capabilities.

Will Twitter be able to conquer these hurdles and score a touchdown with this investment? Only time will tell.