You’ve undoubtedly heard news sites, blogs, and even real people call this THE social media election. According to a recent PEW Research Study, “as of July, 24% [of adults] say they have turned to the social media posts of Donald Trump or Hillary Clinton for news and information about the election.”

Who would have thought our Presidential candidates would be throwing shade at each other via social media leading up to the election? As expected, the candidates and the people continued to provide us with top-notch social media entertainment on Election Day.

In case you missed it, here are our top 4 favorite trending topics from #ElectionDay2016:

1. Hillary and her campaign hit pause on the election trail (and her red pantsuit) for the Mannequin Challenge with the tagline, “Don’t stand still. Vote Today.” We love Hill’s jazz hands as she shimmies next to Bon Jovi. 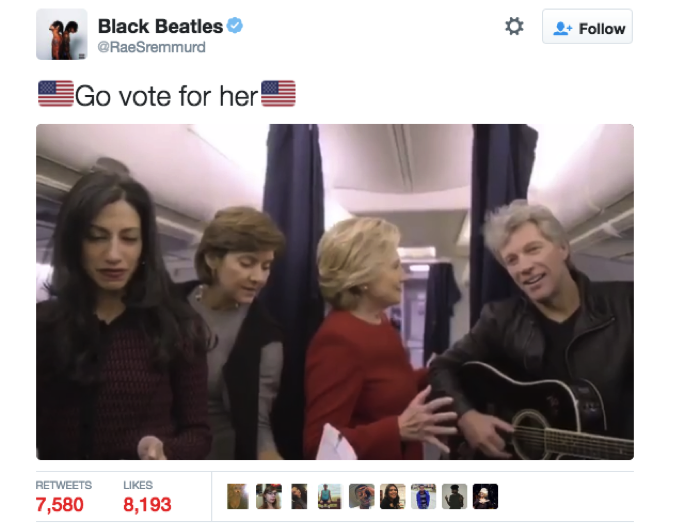 2. Eric Trump broke the law by tweeting a photo of his ballot. The Internet did not fail to point out his lack of A-student bubbling skills. 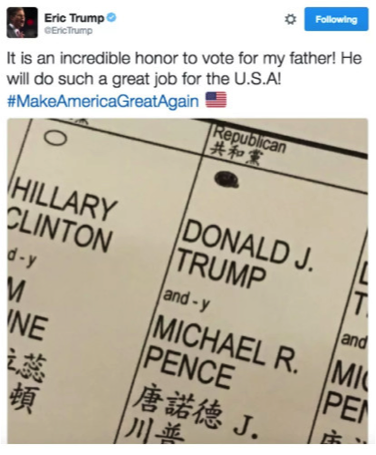 3. Izod created the sponsored Twitter hashtag, #MyVote2016 featuring the one and only Ken Bone as its branded emoji. He also stars in the greatest promo video you will ever see, which will make you want to vote #Bone2020.

4. Everyone heard The Donald get booed on Facebook Live as he went to vote in New York. Then he copped a glance at Melania’s ballot, prompting people to ask, is she #WithHer? 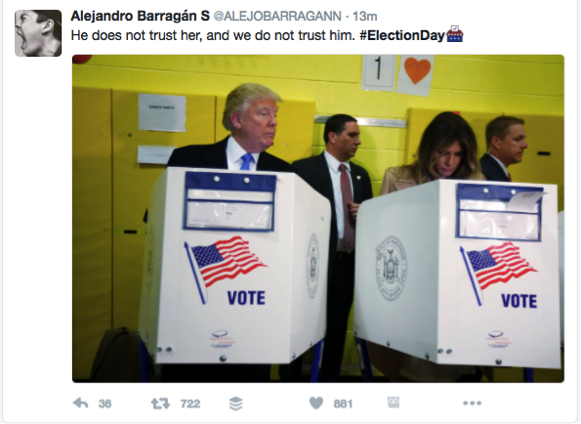 The candidates weren’t the only ones leveraging social media on Election Day; brands also brought their content to the polls. Spotify, Via, UberEats, Postmates, Krispy Kreme, and Toll House cookies all created special offers and incentives for voters to exercise their right on Election Day.