With Social Media, Fakes Are a Real Problem for Your Business 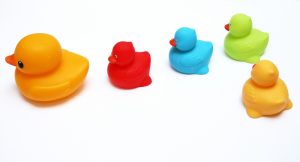 American society is obsessed with image. After all, perception is reality, right? Well, not necessarily when it relates to your company’s presence on social media. When businesses, celebrities and the neighbor down the street are all in a competitive fight for internet attention, it’s tough to separate the truly popular from the seriously “followed.” While social media can be a blessing for many companies when it comes to online branding and marketing, it can bring the curse of inauthenticity.

Corporations reside in a world of phoneys. With carefully crafted images and clever marketing messages, a smaller business can present itself as just as viable an option for a consumer as one of the giant corporations that may already dominate its industry. With a wise investment in social-media marketing, a small company has the potential to compete with much larger firms.

One of the biggest advantages of social-media spending is the chance to positively influence the perceptions of prospective customers. Ultimately, this could lead to increased sales and a larger relationship between the business and the customer. In a rush to reap the benefits, however, some companies have become too greedy. Thus, the “fake” fan, follower and “like” were born.

Introducing the click farm. In their haste to capitalize, companies have been shortsighted, thinking they need their online presence to rival that of the competition’s. While matching the numbers of fans, followers or likes of a particular brand may look great on paper (or the screen), it can be counterproductive. Despite this, manufacturing and inflating these numbers has become a big business. Case in point: the “click farm.”

For a relatively inexpensive price, group of people paid to click will rapidly boost the number of likes or followers of a brand’s social-media pages. The jump in numbers can be massive. Imagine a company’s fans spiking from 10,000 to 100,000 overnight. Sounds great, but there’s a catch.

A purchased fan does nothing to facilitate the growth of a brand. A successful social-media campaign thrives on audience engagement. A user’s willingness to comment and share what a company has to say or offer is what multiplies sales opportunities. The life cycle of a message is born when a person shares or comments. From there, the original fan’s friends see the message and may follow suit and share or comment, which then allows friends of friends to do so, with the potential for this to mushroom exponentially. When the audience isn’t real and consists of fake profiles and bots, the life cycle doesn’t even have a chance to begin.

If social media has become the digital version of word-of-mouth, what is the value of a bot without an actual voice? People are sharing product and service recommendations online every minute of every day. A key component for spreading the word is that the dialogue occurs between two or more parties. If a majority of a company’s fans don’t truly exist, neither will its ability to capitalize on the size of the crowd purportedly following it. A ghost profile cannot help spread the word about a company.

Spending money on these phantoms does nothing to grow a business.

Companies and marketers alike can now quantify return on investment on their social-media efforts (though such assessments once were a challenge), but diluting the numbers with followers that do not exist muddles these efforts. Computing levels of engagement and how much activity is being converted into sales becomes an impossible task when a portion of a company’s fans do not exist. As these click farms have become savvier with how they create inflated fan bases, the social-media platforms are catching on. Twitter and Instagram, in particular, conduct purges of suspicious accounts, which leads to large fluctuations in the number of followers.

Even worse, certain platforms may delete the account of an offender entirely. One does not need an MBA to figure out that this is bad for business.

Think twice about shelling out dollars to swell numbers. Be careful about choosing to do business with a click farm. Companies reap what they sow.